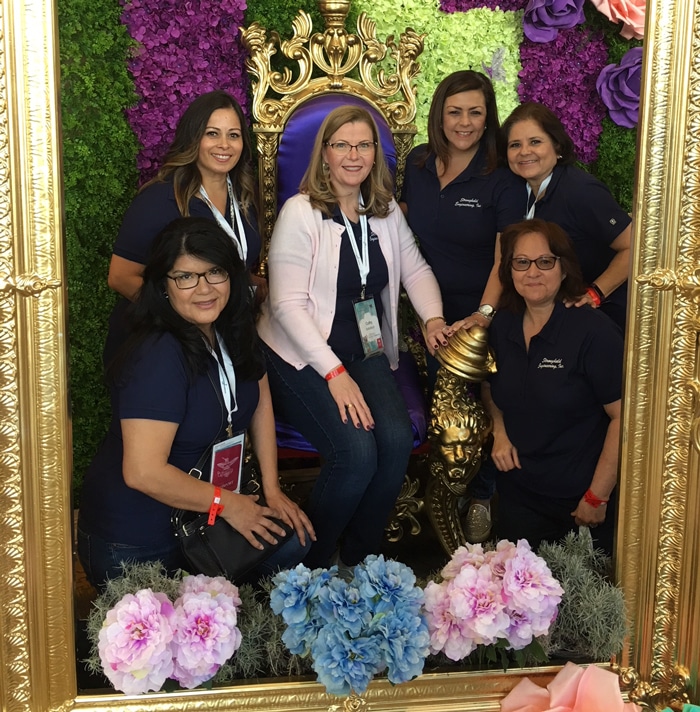 Stronghold Engineering, Inc. (Stronghold) of Riverside, served as the Presenting Sponsor for the 2018Loma Linda University Health Women’s Conference, “Let Your Life Grow Wings and Soar.”  The 10thannual, day-long event was held Friday April 13th at the Riverside Convention Center. The morning began with a continental breakfast and health screening exhibits before the morning session in the ballroom.  During the Welcome Message, Stronghold was featured in a video on Health and Wellness, where President and CEO, Beverly Bailey and several employees spoke about the Stronghold culture of wellness including step challenges, maintain-don’t-gain competitions, the company gym, and the Friday Salad Bar Luncheon.

The morning keynote address featured Christy Beam, author of “Miracles from Heaven,” a New York Times bestseller (and 2016 Sony Pictures film).  Beam shared her family’s struggle with both the healthcare system and their Christian faith during the illness of daughter Annabel, who suffered from an incurable disease after a traumatic fall and who was later cured following a headfirst 30-ft fall. Following the message, women were able to take part in health screenings and breakout sessions before and after the sit-down lunch, featuring a variety of health/lifestyle topics. The event closed withafternoon keynote speaker, Alison Earl, a behavioral strategist and author of “Tripowerment: The Why, the Will and the Way of Breakthrough Change.” Earl’s “Tripowerment” concept focuses on positive psychology using her framework of internal transformational actions: whypower (self-determination), willpower (self-regulation), and waypower (self-efficacy), to equip humans for success in a self-directed world.