On March 14, 2018, 150 men from various backgrounds traveled to the small town of Punta Gorda in southern Belize on a mission trip to help serve the local community. As part of the HANDS missions program organized by The Grove Community Church, this was the second year the group traveled to Punta Gorda to help make a difference in the community. Along with these 150 men, included six, selfless and dedicated Stronghold Engineering employees who helped join the mission to help make a difference to the local people.

Our group from Stronghold was tasked with building and implementing a new solar system which was donated by Stronghold, to help provide power to the small town. The new power system would help to power 25% of the compounds annual energy use. Along with the construction of the solar system, the men also helped in many other projects including new and upgraded electrical systems for the community, a new playground, bridges, structural fabrications and new roofs for local family homes. As the HANDS team continued their mission in the town, it was not until the end of the week that the true miracle happened. Earlier in the trip, the team was notified that a shipping container carrying supplies and all the necessary pieces of equipment for the solar system and playground set would not arrive until Thursday, the day everyone was scheduled to return home. Trying to do all they could to get the container delivered before Thursday, they were told the container would arrive on Sunday. Unfortunately the local port did not have a crane operator to unload the container from the ship and the men would have to wait until Monday for it to arrive. As Monday came and went and still no container with all their materials, members of HANDS team went into Belize City to meet with local officials to see what could be done to get the container delivered to the town of Punta Gorda. Finally with some good news, their container was loaded onto a truck and scheduled to leave the city at 12:30 and arrive in Punta Gorda by 4:30pm on Tuesday evening. As the men waited for the truck to arrive, soon 5pm had passed and then 7pm and still no container. With the night falling upon them and belief the container would still arrive that night, the electrical team sprung into action to setup lighting over the unloading zone. By 8pm the truck had arrived, but yet there was still a problem that needed to be solved. With no loading zone, the team had think quick and dig a dock within the ground to make it possible for the men to unload the container. Within just over an hour, the entire 52 foot container with all the books, supplies, playground set and solar system was unloaded. Wasting no time, the teams split up and began work right away on the playground equipment, working through the night to complete this important project. Through the determination and collaboration of all the men, a playground that should have taken 3 to 4 day to build was completed in just 8 hours. While construction on the playground was moving forward, the other half of the team were working hard to complete the solar system. By 4:30am they began construction on the solar rack and structure, and by 2:00pm on Wednesday afternoon, the solar system was completed and powered up. It was a true miracle to watch God work through these 150 men to accomplish a mission many might have believed could not be done. But faith and belief in the heart of these men persevered above all and the mission was a success.

Stronghold would like to give a special thanks and recognize our team members for their service to the local community of Punta Gorda. Thank you to, Don McNicholas, Kevin Goetz, Stewart Prothero, Blake Digangi, Casey Clark, and Dean Thomas.

To learn more about the 2018 HANDS mission trip, please watch the video below. 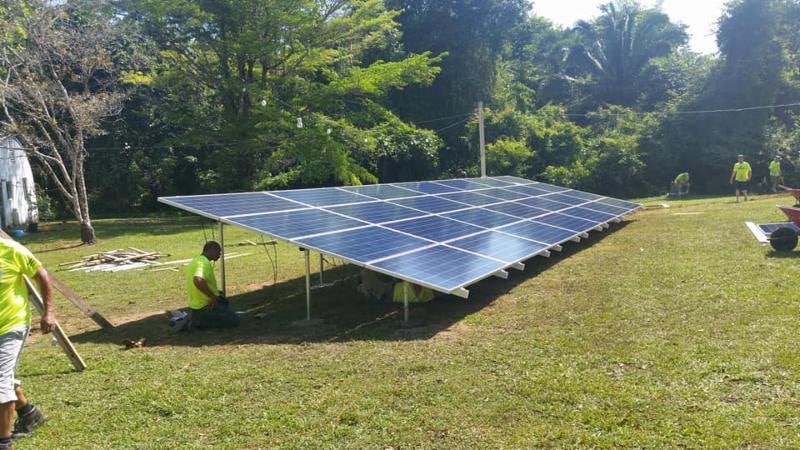 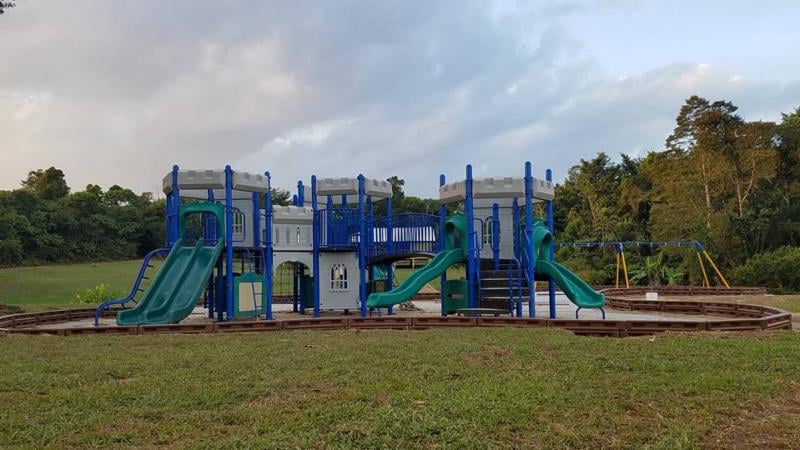 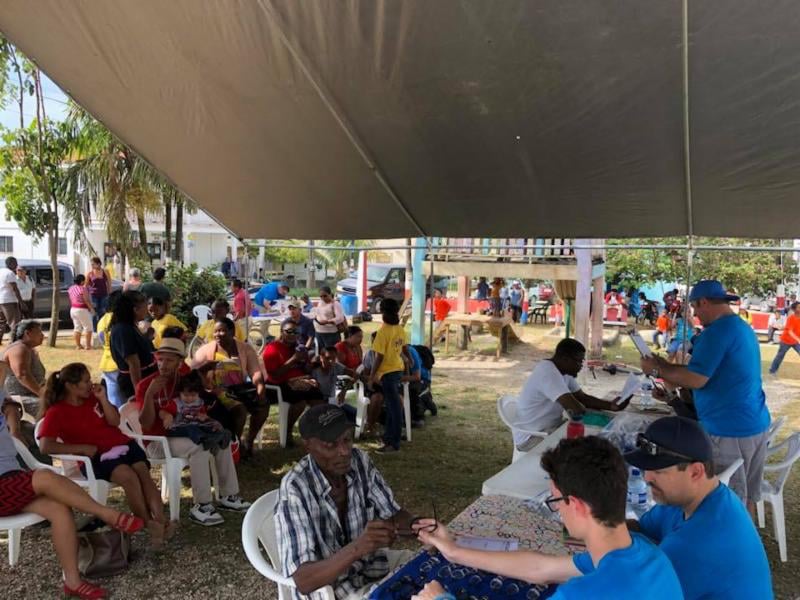 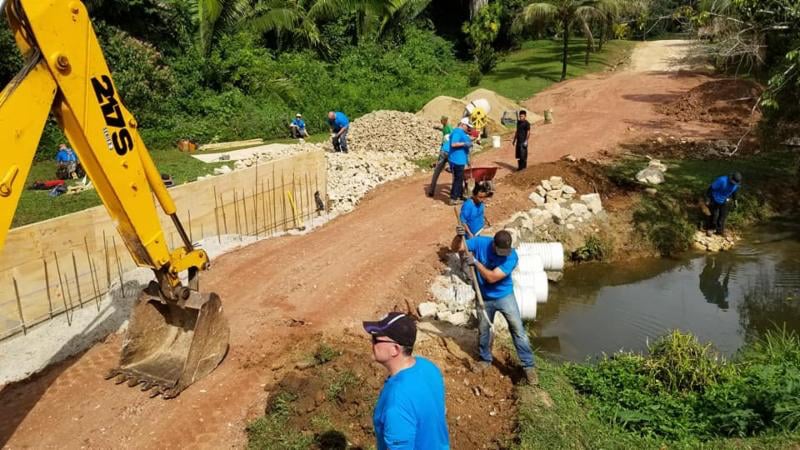