Serving Those Who Served Us 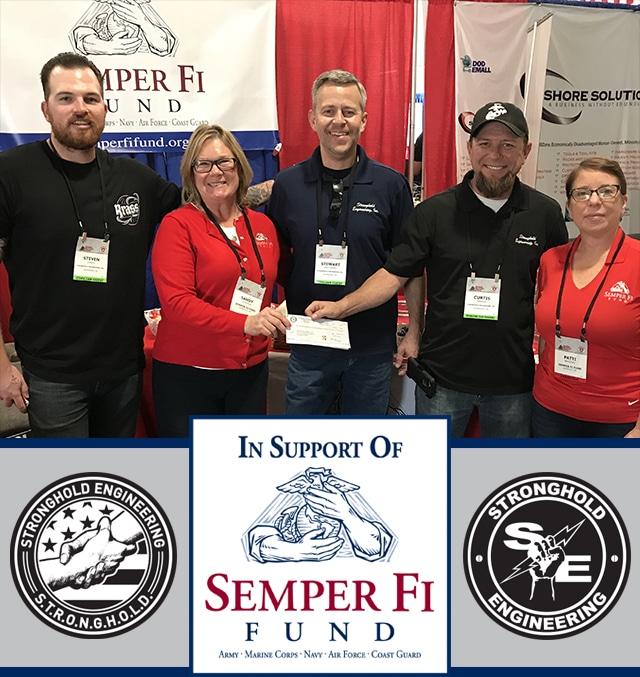 Serving Those Who Served Us.

Stronghold Gives Back To Our Veterans.

The greatest part of giving back is knowing that the donations and support you give go to an amazing cause, and that it is being used to provide adequate and beneficial services to those in which the charity supports.

The past couple years, the Charity Committee has been dedicated to giving back to our veterans. Serving those who have served our country to preserve our rights and freedoms that we hold so dear. Organizations like The American Legion, and Reaching New Heights, have devoted their cause to helping our veterans and Stronghold Engineering has been extremely proud to help provide assistance and financial support for these organizations. While keeping true to the theme focused around helping charitable organizations that support veterans and members of the U.S. Armed forces, the Charity Committee spent the beginning of the year researching local organizations and found the Semper Fi Fund.

The Semper Fi Fund provides urgently needed resources and lifetime support for combat wounded, critically ill and catastrophically injured members of the U.S. Armed Forces and their families. Delivering the resources they need during recovery and transition back to their communities, and working to ensure no one is left behind. An average of only 6% overhead has allowed the Semper Fi Fund to provide a greater service to our veterans.Since their establishment in 2004, the Semper Fi Fund has provided over $162 Million in assistance and helped more than 20,000 heroes and their families.

Understanding and appreciating all the incredible work the Semper Fi Fund does, the Charity Committee was more than honored to support and provide assistance.

This past week, Stronghold’s Charity Committee was invited by the Semper Fi Fund to attend the annual Marine West Expo at Camp Pendleton to present Stronghold’s charitable donation. The Marine West Expo showcases the new and innovative technology in modern warfare aimed at preparing our U.S. Armed Forces for the 21st century. An exciting day of military weapon technology, the future of electric support vehicles on the battlefield and a Marine Battle Challenge course, the greatest experience was presenting the donation check for over $6,600 to the Semper Fi Fund. It is with great gratitude that the Charity Committee would like to extend a sincere thank you to all Stronghold employees who donated to the Stronghold Charity Fund to make this possible.

“The Semper Fi Fund does amazing work for former military personnel with physical and mental disabilities. They do everything from providing gas cards to get to appointments to helping with groceries to making repairs to cars. These former military members have gone above and beyond the call of duty for their country and are now suffering physically, mentally and financially and it is a privilege and an honor to be able to show our appreciation for their sacrifice by helping with the financial part of their challenge to get back to somewhat of a normal life. This fund is especially close to me being a former Marine who has seen brothers and sisters at arms suffer minor and major injuries while in the Marine Corps. When in the Marine Corps, those you work with on a daily basis become family and it is a terrible thing when one of them suffers a life changing injury. It didn’t just change their life but mine as well as there are things that just can’t be unseen. To know that they are being taken care of by the generous donations of my current “Stronghold Family” really humbles me and fills me with respect and admiration for SEI and their employees. The event where we presented the check took place in my old “stomping grounds” as the 22 area of Camp Pendleton was where I was stationed. It brought chills to me walking around my old unit seeing the new batch of Marines who took over the duties that I used to perform. The memories came rushing in as I saw my old barracks, chow hall, enlisted club, etc. I was overcome with the desire to go back in time and re-enlist but then I would not have had such and amazing career with the Stronghold family I have now. I would like to personally extend my thanks and gratitude to everyone who took place in donating to the charity committee this past year and I hope there is even more generous harts in the coming year.” – Curtis Barkle

To learn more about the Semper Fi Fund and all the amazing work they do, 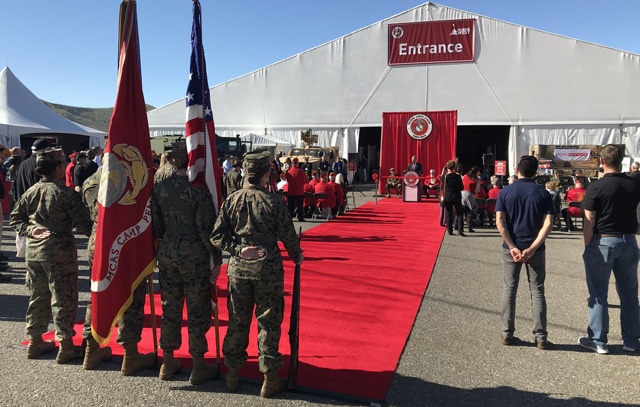 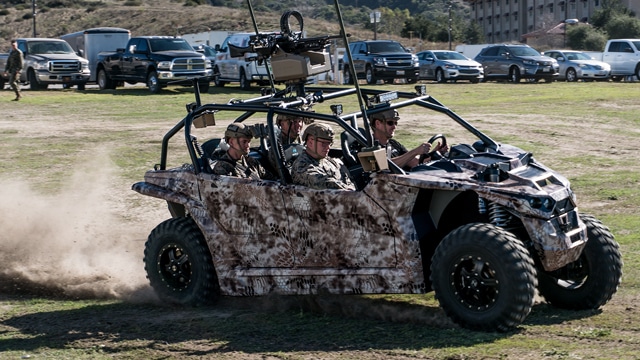