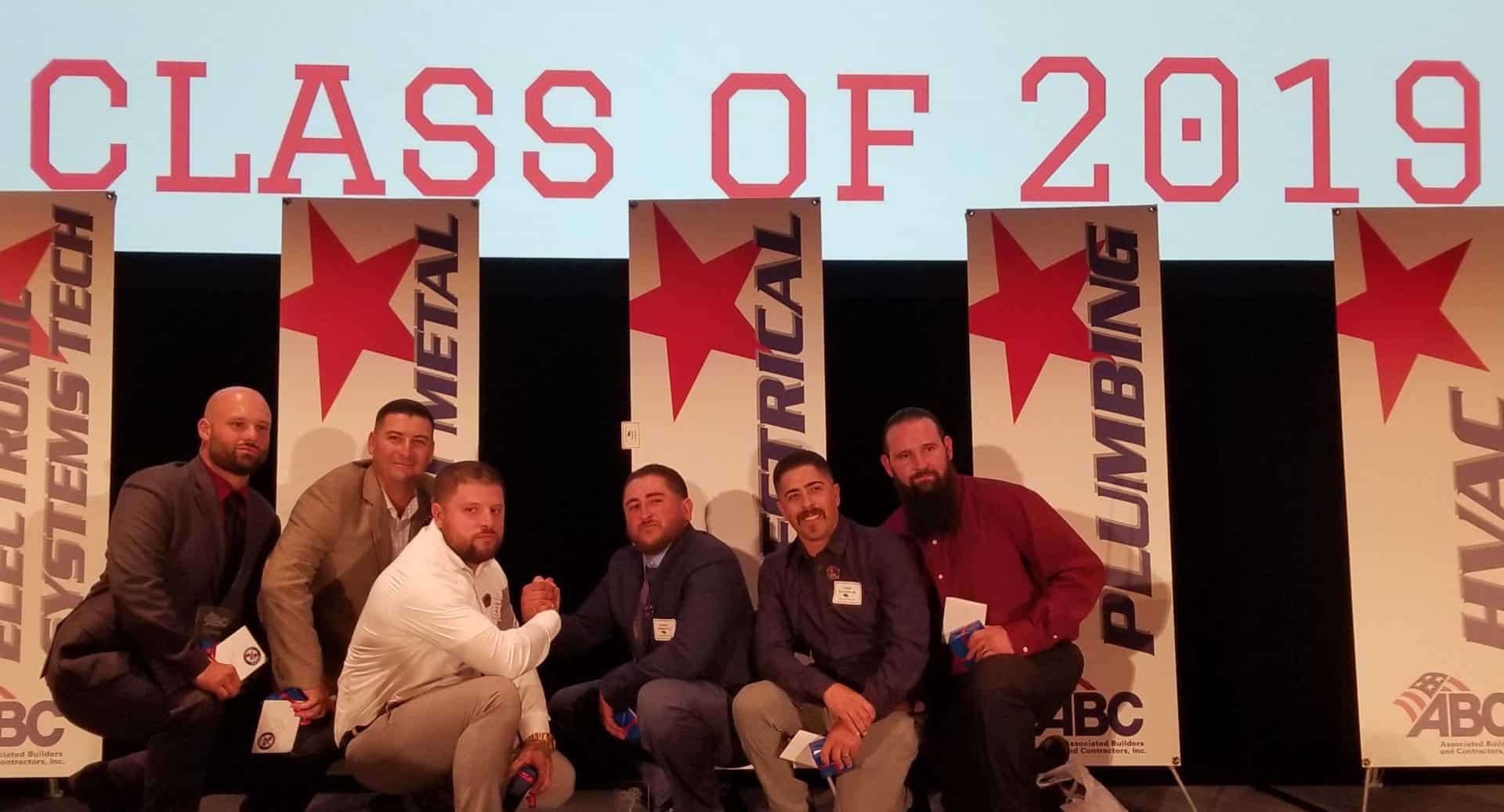 The 2019 Graduation was held on Saturday, October 19, 2019 at the Hyatt Regency in Garden Grove, CA. It was a great time for members, graduates, and family members to celebrate the achievements of the fine individuals in their dedication of completing the Electrical Apprenticeship program. The ABC electrical program is governed by the State of California and/or the Federal Standards and Program Rules and Regulations. It is a four-and-a-half-year program consisting of 8,000 on-the-job training hours, 8-hour daily class meetings in two-week tracks for two consecutive weeks every four to six months, with a total of 80 hours per semester, and 160 hours per year. The program is overseen by the ABC SoCal Merit Training Trust and the Electrical Unilateral Apprenticeship Committee. Students get both in class instruction and lab time where they are tested on their performance competency. By the time they reach graduation, they will have learned 57 different subject matters. As a long time Stronghold tradition, each born and raised graduate received a special engraved watch in honor and in celebration of their hard work and dedication to Stronghold Engineering.   Stronghold would like to congratulate our newest graduates of the ABC Electrical Program. It is a great accomplishment. Andrew Abeita Dylan Camp Nicholas Kane Chris Salgado Alfred Perez Roman Rodriguez