The goal of the Finlay Siding Extension project was to extend 5 miles of siding on the railroad in Finlay, Texas. The increasing size of trains nationwide is resulting in the need for longer passing lanes, or “sidings,” on railroads, adding two additional miles to the existing siding. The Stronghold team excavated and moved over 260,000 yards of material onsite, selecting the best 60,000 yards of native material to compact for the 5-mile extension of the siding. 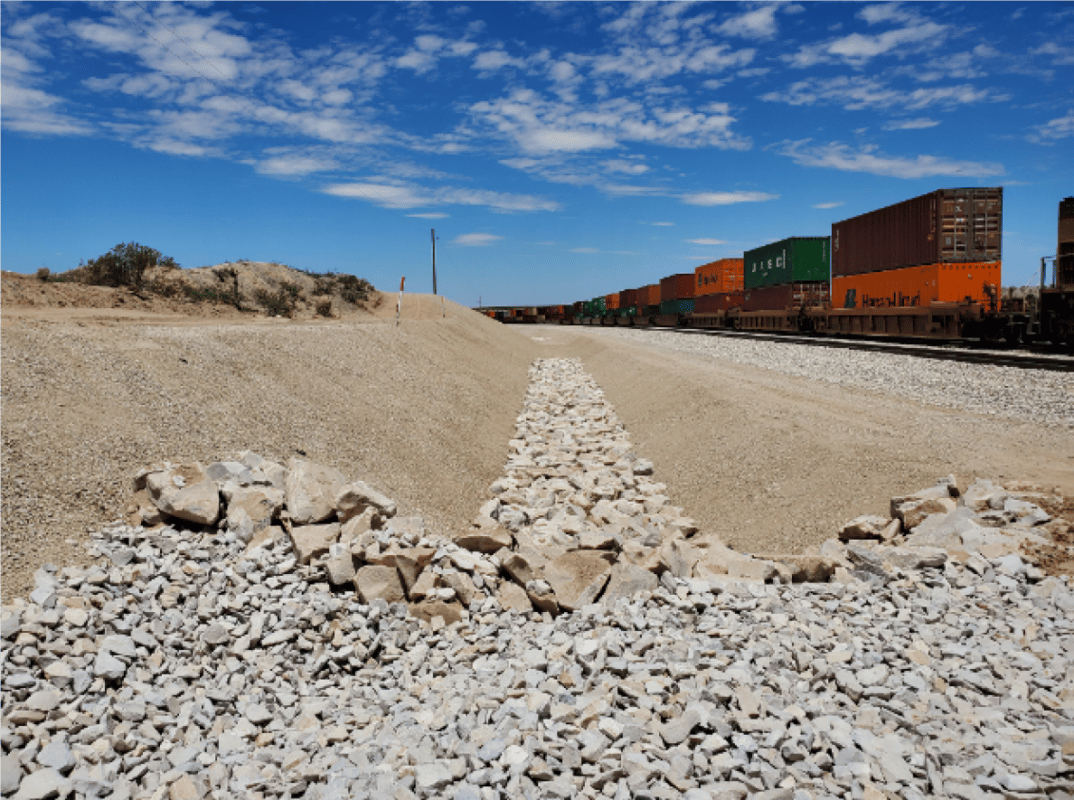 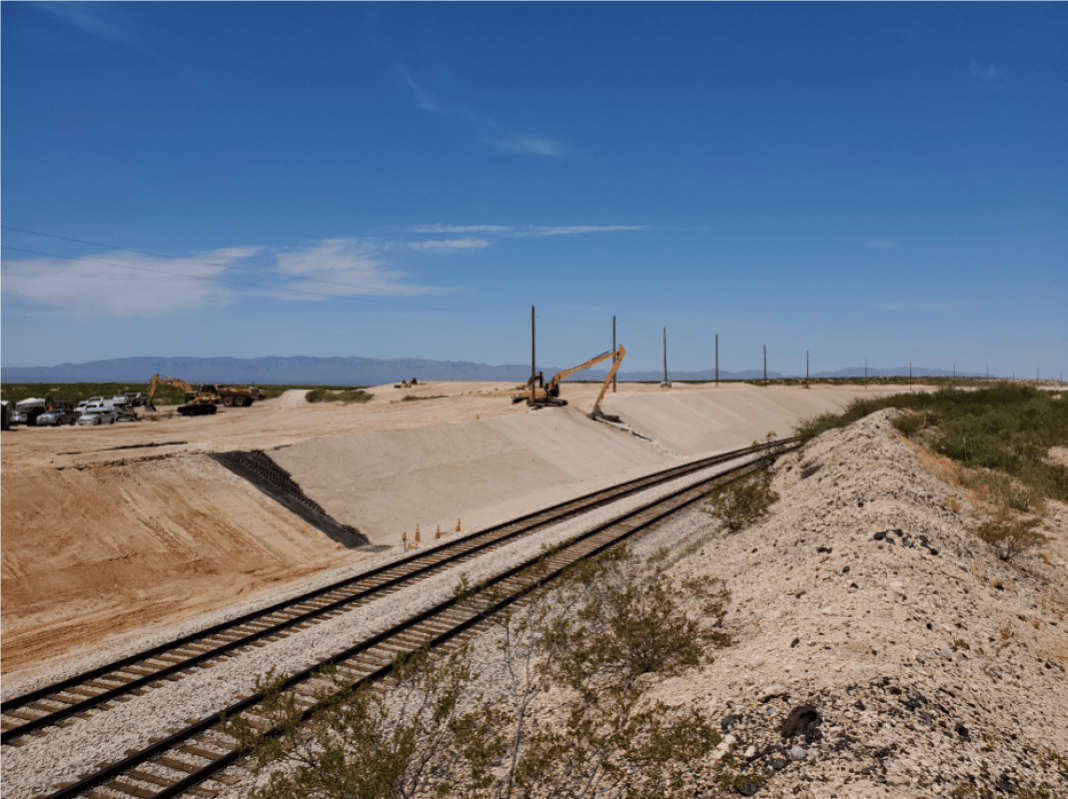 The project was extremely remote. Work was done an hour and a half east of El Paso and 8 miles down an unmaintained ranch road. Gaining access to the site proved to be a challenge for the Stronghold team. They had to remove a number of small bridges and install pipes to ensure that team members, equipment, and deliveries could arrive at the worksite. Between the rundown condition of the road and the monsoonal rains typical of the El Paso area, maintaining the 8-mile dirt road was a project in and of itself.

The road ran through a ranch owned by a property owner who also owned the local quarry that Stronghold used to supply the project’s stone. Stronghold crews made great efforts to work around and accommodate the full-time ranch operations so as to not interrupt his ongoing operations. Between using his ranch road and working with him as a supplier, there were no issues with the landowner

Because of the remote nature of the project, Stronghold established a crew camp on the ranch with a number of RVs where they set up temporary power, water, sewer holding tanks, and other accommodations for the large crew working during the beginning of the pandemic. Conditions made it extremely difficult to find lodging and food for the crew so this resulted in the crew camps. This experience ended up having positive, team building effects on the crew as they spent time working and living together on-site.

During the excavation onsite, most of the material found on the surface could be used for backfill on the project’s fill areas. This material was stable enough to hold after a slope was cut  and armored for erosion, but further into the excavation the Stronghold team encountered sugar sand. This material wasn’t suitable for cutting slopes and armoring per their plans, so they had to redesign with Union Pacific Railroad to add additional slope armoring and adjust the steep angle at which they cut the slopes. 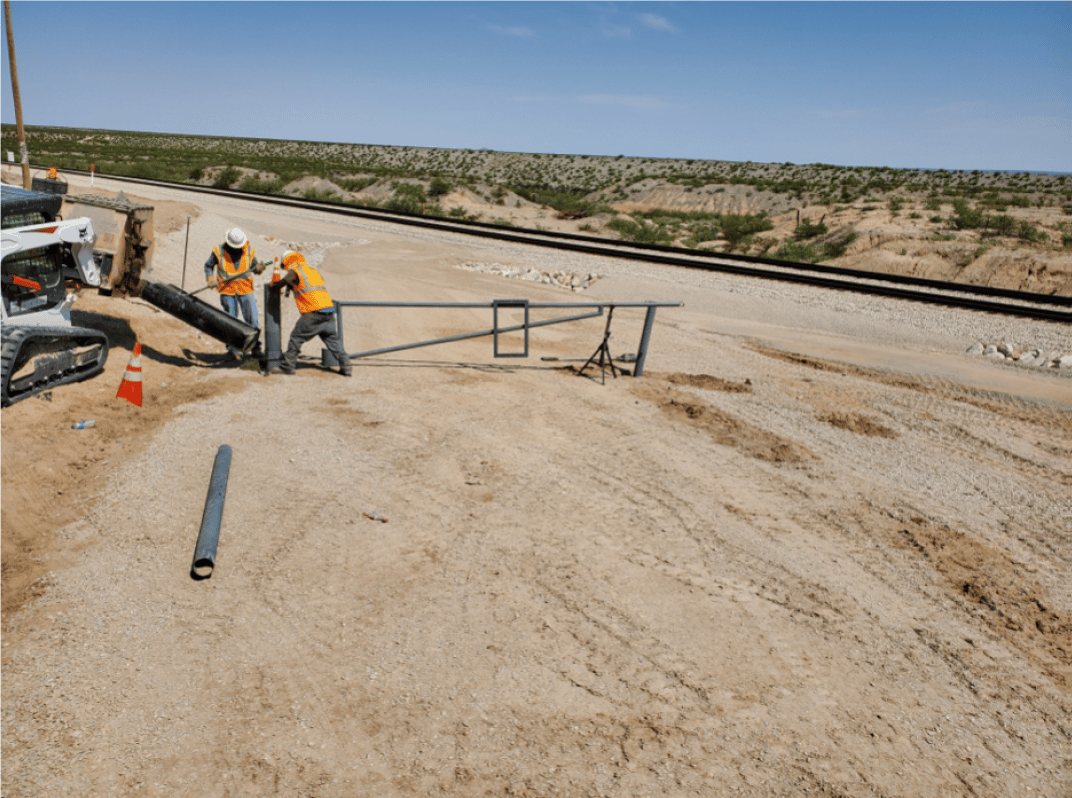 To make up for unpredictable conditions and a substantial amount of work added to the original project, Stronghold and their subcontractors worked on an extremely accelerated schedule leading up to the track installation. The crews, ranging in a combined number from 40-55 members at a time, transitioned to a 7 day work week with 2 different crews working 12-hour days until the track was successfully installed.

Throughout the entirety of this project that occurred adjacent to active Union Pacific Railroad, there was no disruption to train traffic as a result of Stronghold’s construction activities. Additionally, thanks to great management and teamwork, there were no injuries or incidents on site through the entirety of the project despite fast-paced working conditions and the heat of El Paso’s summer months. The Finlay Siding Extension began on 9/30/19 was completed according to schedule on 7/31/20. 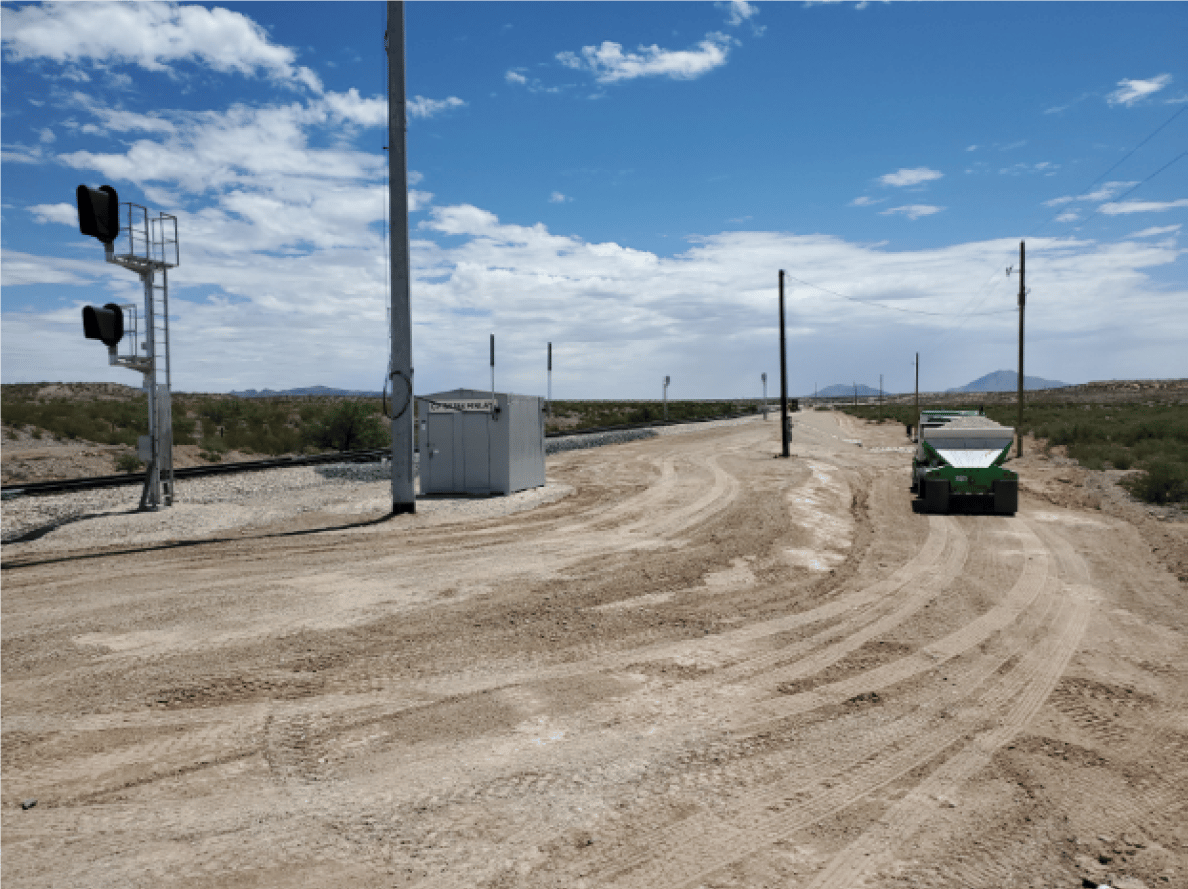 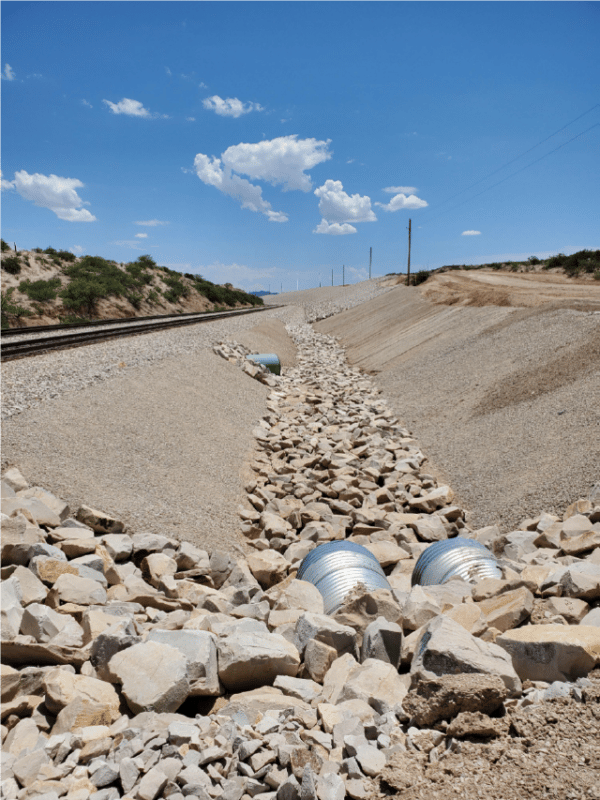 Visit Stronghold’s project page for more information about the Finlay Siding Extension and other projects like it.